Finally, my miserable final week is over, and I can have time to write about the interesting things I encountered in this semester. Let me start with my adventures in renting a house.

Fortunately, the Chinese friend I met on the plane kindly picked me up and we went to live in a youth hostel together. The house for that day was almost fully booked, so I could only live in a mixed room for ten people. But no matter what, it's better than wandering on the streets. What's more, the receptionist of the youth hostel was friendly and handsome, so I felt relieved to hand over mobile phone to him and he helped me book a room for the night.

Carrying a big suitcase going upstairs, a guy carrying a big musical instrument box helped to open the door all the way. I said thank you all the way, and finally got up the courage to say "have a nice day" !”. This cool-looking guy also coolly replied "you too"!

So I went to my room, opened the door and went in.

In the room, two foreigners were sitting by the bed and chatting, so I mustered up the courage to say hello to my new roommates. One is a young man from one "Stan" in Central Asia(seemingly Uzbekistan), working and studying in UK; the other is a relatively elder man from Scotland who travel here. What impressed me the most was that “stan” guy, who was not a few years older than me, but could speak five or six languages. His English was taught by himself in two years! I felt a sense of adoration, and hope that all the best for this resolute and brave young man.

The next day I moved out of the youth hostel and went to find my "unreliable" landlord. I got up early in the morning with all my belongings, knowing nothing about the transportation system so I didn’t dare to take a taxi or a bus, so I got to my “Rome”in a most primitive and tiring way - on foot. It was just in time for the funeral of the Queen that day, and traffic control was in place along the way, and even a policeman chatted and asked me if I was going to the funeral while waiting for the red light.

I said no, I came here to study.

Cross the Waterloo Bridge from Elephant & Castle to Covent Garden. When I was walking on the bridge, I felt a lot of emotion. Having walked halfway around the world and came to this strange place, with different street scenes, races and languages, I felt like I was dreaming an unreal dream, and it would change in the next second.

The location of the new house is very good. Looking out of the window is a museum like a castle, which makes me feel like I live in an ancient British palace; my landlord is also a nice person, and I surprisingly found out that she is an undergraduate alumnus during chatting. The world is so small. I started to be her follower, and learned to take the bus, find Chinese restaurants and Asian supermarkets. Basic necessities of life were settled briefly.

I also stayed in an airbnb room for a few days several days later. The landlord is a tall black man who runs a grocery store across the road from the house. We had a short debate about the fee of the room, but his attitude was still good and we solved the disagreement. With this experience, and his house is in the suburbs with a beautiful environment, I am very impressed.

Later, I went back to the "Palace" in Covent Garden. Although I had no bed only sleeping bag, I still lived a very good life. I cooked food, went shopping with my Chinese landlord everyday, and since school hadn’t started yet, I had no pressure. It was even better after school started, because it only took me ten minutes to walk to school, and I could go to school just before the class. Being someone who is used to stay up all night, I really heard the gospel.

Half a month later, the lease expired, and my landlord and I were instantly reduced to abject poverty. I helped her pack all her belongings, ordered a fat van Uber, left our "palace" and fled to our new short-term rental "nest". The new place has a strange name "Vauxhall", I need to gnash my teeth to pronounce the first syllable. But right next to the Thames, the scenery is really beautiful.

I don't have any other comments on this beauty, I just feel that "the joyful added to the sadness".

Jest several days after we move in, my landlord friend found a room to live, so I sadly sent her to her new home and start my living-alone days. Vauxhall's house is the prettiest house I've ever lived in, but it's also the saddest. The room is very small, and when faced with pressure alone, it is inevitable to have some sense of upset.

When looking for a room, most of cheap choices are in high demand. Once I saw a house with a good price, but I need to compete with three other potential tenants. The small public space was fully occupied when all of us entered the door.

A tall and strong foreigner landlord walked over slowly and greeted us one by one. We four sat together, watching him write our name rigorously on sticky notes, and then we were asked some basic information. The fat sheep waiting to be slaughtered just need to be picked, and I still have to think about how to give the landlord a good impression of "I will taking care of this room as my own home". Even so, I didn't get the room finally.

I was so anxious to find a place to live, but on Spareroom there was only one old and small room's agent who responded to my message and made an appointment for an on-site viewing. I shared the link to my landlord friend, who now has become my rental consultant, and she choked me back with a direct question, "Do you really think it is a house suitable for people to live in?" During that time, our WeChat chats became like this:
"Have you found a house yet?"
I just kept silent.
"I guess - no(doge)."
I became more silent.

After moving out of Vauxhall, I found a short-term rental near the Regent's Park. The landlord is also Chinese, but she is already live in London for more than ten year, with a chubby orange cat. Maybe the cat brought good luck, I found a room suitable in every aspect at the beginning of November. The rent is decent, the roommates and landlords are very nice, and I can walk to school to save bus fare, so the quality of life has undergone a qualitative change.

But after I settled down, I found I missed the days of renting a house. Meeting so many different people, setting foot on so many different place in London, my "Impressions of London" will definitely closely tied to these turbulent but interesting days to a large extent. I read a book of Sanmao, a famous female writer and traveller, in which she wrote:

"For me, the real happiness of traveling lies not in the destination, but in the process. Meeting different people, encountering strange things, overcoming various difficulties, and listening to different languages are all great joys for me. An old saying goes: "every grain of sand is a world, and every flower is a heaven", the world is more than just a grain of sand or a flower. The world is accumulated with so many wonderful phenomena. I watch, I listen, during which my experience was enriched.”

I really agree with her. The days of wandering are not necessarily worse than visiting museums and watching shows. Sometimes I think of it with a little inexplicable pride. (I haven't visited the Buckingham Palace and the British Museum, which are close at hand, just as outrageous as going to Beijing without going to the Forbidden City and the National Museum. :))

Finally, I remembered there was a funniest thing. I had a viewing with two friends who want to rent house together. When we came back, it was already dark, a drunk man came to ask for money. My friend said: "We have no money! We were kicked out by our landlord". Surprisingly, the guy began to take out some keys and said very seriously: "You can come and live in my house". We laughed and ran away. Being housed by a bum, what a typical British humor.

After parting with my friend, I still have to walk a long way to the subway station. The road in the suburbs seemed a little messy, and some people were putting away the street vendors. But looking at the bustling crowd and the warm yellow lights of the houses on the side of the road, my mood was light and comfortable.

客从何处来 | Where are you from? 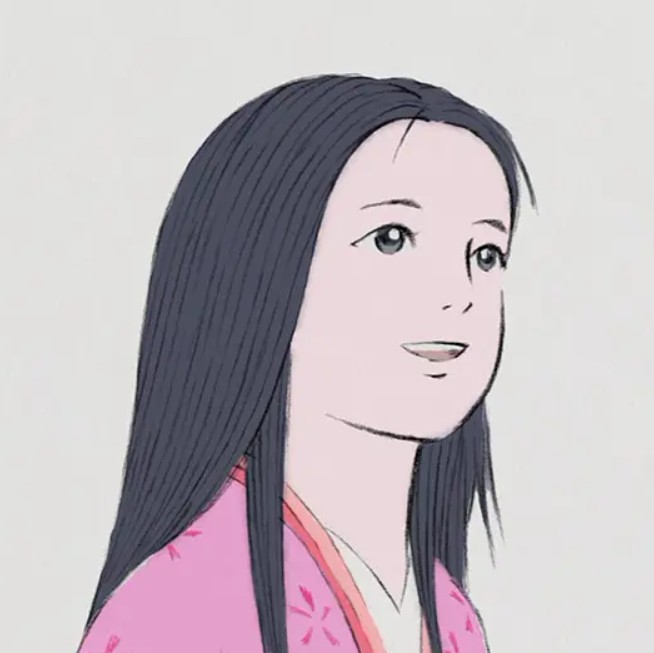